How to choose proper castor holder

How to choose proper castor holder 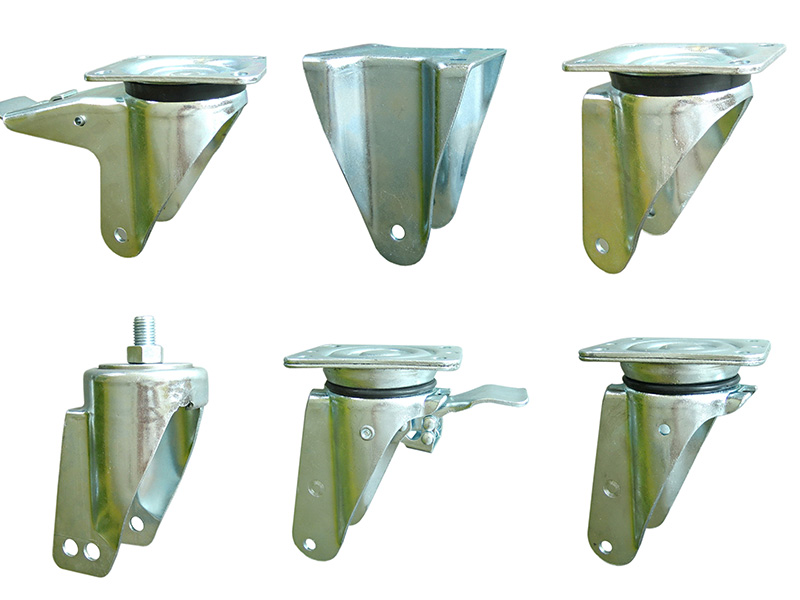 Choosing a proper castor holder is a spare part, which installed under the transportation conveyance, with classification including fixed, swivel, swivel with brake, hole-topped and hole-topped with brake etc.

1. Load of castor should be firstly considered in selection. For example, for supermarket, school, hospital, office and hotel where the ﬂ oor condition is good and smooth and the cargo carried is light relatively (load on each castor is 10-140kg), electroplated castor holder made of thin steel sheet (2- 4mm) after stamping would be a proper choice. This kind of holder is light-weighted, ﬂ exible-operated, mute and beautiful and is classifi ed into duplex ball and simplex ball according to the arrangement of balls. Duplex ball type is recommended for frequent movement or transportation.

2. As for factory and warehouse, where cargo handling is very frequent and the load is heavy (load on each castor is 280-420kg), duplex ball castor holder made of thick steel plate (5-6mm) after stamping, hot die and welding would be a proper choice.

3. As for textile mill, motor works and machinery plant where heavy cargo is handled, castor holder made of thick steel plate (8-12mm) after cutting and welding should be chosen due to the heavy load distance of movement inside the plant (load on each castor is 350-1200kg). The movable castor holder mounted on the bottom plate with ﬂ at ball bearing and ball bearing ensures high load capacity, ﬂ exible rotation and impact resistance of castor.