How to choose proper castor.

How to choose proper castor. 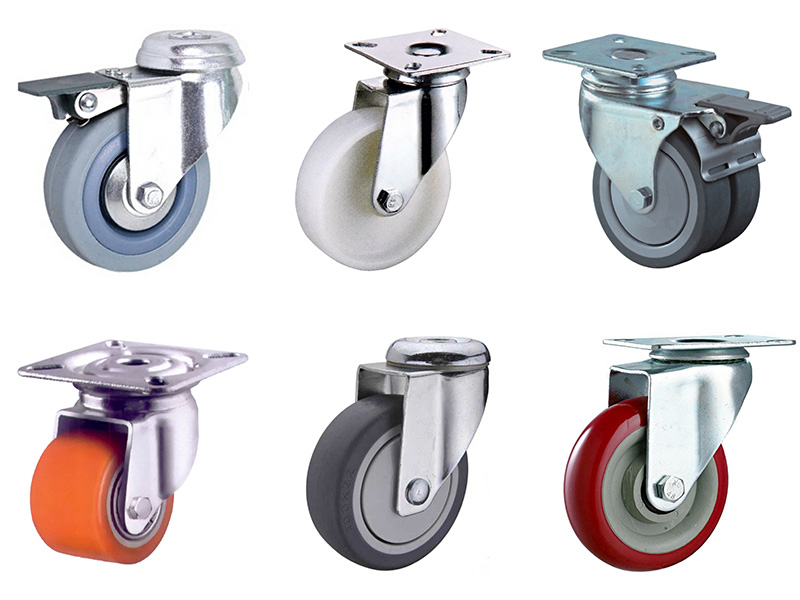 4. Decide material of wheel: To consider the actual application area must be given during the decision-making for composition of castor. The castors will easily worn-out when using under acid, grease and chemical situation. Hence, it is essential to consider the surface, the substances on application area    and surrounding conditions in the course of castor choosing. For example, rubber castor, polyurethane castor and super artificial rubber castor are applicable to rough ground due to their characteristics of wear-resistant, good elasticity. Iron castor and special high-heat resistant castor can work under low temperature and high temperature or under surroundings of great difference in temperature. Nylon castor and iron castor can meet your transportation requirement to uneven ground or ground with iron scraps.

5. Rotary ﬂexibility: Ball bearing made of high quality bearing steel ensures high load capacity and is applicable to place of quiet and ﬂexible rotation. Telling bearing made of special engineering plastics is applicable to humid and corrosive place. Roller bearing with heat treatment can bear a high load smoothly. Besides, special-made rubber castor, polyurethane castor and artificial castor have good performances of ﬂoor-protected and free of trace of movement.